I found this great stuff via

In The Moon: A History for the Future by Oliver Morton 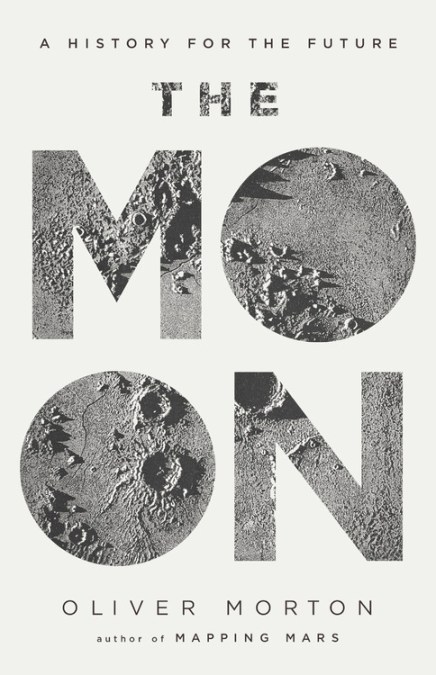 “We can conceive no direful consequences that would follow from a withdrawal of the moon’s mere light; but it is easy to imagine what highly dangerous results would ensue if the moon ceased to produce the tides of the ocean. Motion and activity in the elements of the terraqueous globe appear to be among the prime conditions in creation. Rest and stagnation are fraught with mischief. While the sun keeps the atmosphere in constant and healthy circulation through the agency of the winds, the moon performs an analogous service to the waters of the sea and the rivers that flow into them. It is as the chief producer of the tides—for we must not forget that the sun exercises its tidal influences, though in much lesser degree—that we ought to place the highest value on the services of the moon: but for its aid as a mighty scavenger, our shores, where rivers terminate, would become stagnant deltas of fatal corruption. Twice (to speak generally) a day, however, the organic matter which rivers deposit in a decomposing state at their embouchures is swept away by the tidal wave; and thus, thanks to the moon, a source of direful pestilence is prevented from arising. Rivers themselves are providentially cleansed by the same means, where they are polluted by bordering towns and cities which, from the nature of things, are sure to arise on river banks; and it seems to be also in the nature of things that the river traversing a city must become its main sewer. The foul additions may be carried down by the stream in its natural course towards the ocean, but where the river is large there will be a decrease in velocity of the current near the mouth or where it joins the sea, thus causing partial stagnation and consequent deposition of the deleterient matters. All this, however, is removed, and its inconceivable evils are averted by our mighty and ever active “sanitary commissioner,” the moon. We can scarcely doubt that a healthy influence of less obvious degree is exerted in the wide ocean itself; but, considering merely human interests, we cannot suppress the conviction that man is more widely and immediately benefited by this purifying office of the moon than by any other.

But the sanitary service is not the only one that the moon performs through the agency of the tides. There is the work of tidal transport to be considered. Upon tidal rivers and on certain coasts, notwithstanding wind and the use of steam, a very large proportion of the heavy merchandize is transported by that slow but powerful “tug” the flood-tide; and a similar service, for which, however, the moon is not to be entirely credited, is done by the down-flow of the ebb-tide. Large ships and heavily-laden rafts and barges are quietly taken in tow by this unobtrusive prime mover, and moved from the river’s mouth to the far-up city, and from wharf to wharf along its banks; and a vast amount of mechanical work is thus gratuitously performed which, if it had to be provided by artificial means, would represent an amount of money value which for such a city as London would have to be counted by thousands, possibly millions, of pounds yearly. For this service we owe the moon the gratitude that we ought to feel for a direct pecuniary benefactor.

In the existing state of civilization and prosperity, we do not, however, utilize the power of the tides nearly to the extent of their capabilities. Our coal mines, rich with “the light of other days”—for coal was long ago declared by Stevenson to be “bottled sunshine”—at present furnish us with so abundant a supply of power-generating material that in our eagerness to use it upon all possible occasions we are losing sight, or putting out of mind, many other valuable prime movers, and amongst them that of the rise and fall of the waters, which can be immediately converted into any form of mechanical power by the aid of tide-mills. Such mills may be found in existence here and there, but for the present they are generally out-rivalled by the steam-engine with all its conveniences and adaptabilities; and hence they have not shared the benefits of that inventive ingenuity which has achieved such wonders of mechanical appliance while steam has been in the ascendant. But it must be remembered that in our extravagant use of coal we are drawing from a bank into which nothing is being paid. We are consuming an exhaustive store, and the time must come when it will be needful to look around in quest of “powers that may be.” Then an impetus may be given to the application of the tides to mechanical purposes as a prime mover. For the people of the British Islands the problem would have an especial importance, viewing the extent of our seaboard and the number of our tidal rivers. The source of motion that offers itself is of almost incalculable extent. There is not merely the onward flowing motion of streams to be utilized, but also the lift of water, which, if small in extent, is stupendous in amount; and within certain limits it matters little to the mechanician whether the “foot-pounds” of work placed at his disposal are in the form of a great mass lifted to a small height or a small mass lifted to a great height. There is no reason either why the utilization of the tides should be confined to rivers. The sea-side might well become the circle of manufacturing industry, and the millions of tons of water lifted several feet twice daily on our shores might be converted, even by schemes already proposed, to furnish the prime movement of thousands of factories. And we must not forget how completely modern science has demonstrated the inter-convertibility of all kinds of force, and thus opened the way for the introduction of systems of transporting power that, in such a state of things as we are for the moment considering, might be of immense benefit. Gravity, for instance, can be converted into electricity; and electricity gives us that wonderful power of transmitting force without transmitting (or even moving) matter, which power we use in the telegraph, where we generate a force at one end of a wire and use it to ring bells or deflect needles at the other end, which may be thousands of miles away. What we do with the slight amount of force needful for telegraphy is capable of being done with any greater amount. A tide-mill might convert its mechanical energy by an electro-magnetic engine, and in the form of electricity its force could be conveyed inland by proper wires and there reconverted back to mechanical or moving power. True, there would be a considerable loss of power, but that power would cost nothing for its first production. Another means ready to hand for transporting power is by compressed air, which has already done good service; another is the system so admirably worked out by Sir W. Armstrong, of transmitting water-power through the agency of an “accumulator,” now so generally used at our Docks and elsewhere, for working cranes and such other uses. And as the whole duty of the engineer is to convert the forces of nature, there is a rich field open for his invention, and upon which he may one day have to enter, in adapting the pulling force of the moon to his fellow man’s mechanical wants through the intermediation of the tides.”

1 thought on “Great discussion on tides in the book, The Moon Considered as a Planet, a World, and a Satellite by James Nasmyth and James Carpenter, 1874”